Once we were informed about Tanks A Lot and had the opportunity to take photos there, we were over the moon. It was an early Saturday morning start, at around 8:30. Myself, Ivor and Becky met at Tanks A Lot and started to plan out the day and who would be doing what. Ivor and I would be on the field taking photos while Becky was at reception editing and sorting the photos out for us to sell to the public on the same day.

We all got briefed and suited up, then Ivor and I began the walk to the field. We found a very suitable location which would enable us to capture the best images possible from the perspective that we were at. The participants were put into 6 teams, red, blue, yellow, white, black and green. The aim was to score as much points as possible by driving the tank to a good standard, which would be judged by the instructors. The winner would then be able to crush a car with the tank. The weather wasn’t too bad, it wasn’t too cold or too hot, just right. The only setting we had to change was the exposure by the light being fairly high key at some points.

What we did was take turns taking photos for each team, I would do the red then Ivor would do the blue and so on. We were both out there for a good 6 hours taking photos until it came to the end of the day. Although a lot of the day consisted of standing around and waiting for the tanks to drive by, we both managed to capture some incredible images, showing the delight on the participants faces when driving past. The day came to an end at around 18:00 and after a long and hard day’s work, as a team we manged to take and sell some incredible images to the participants. 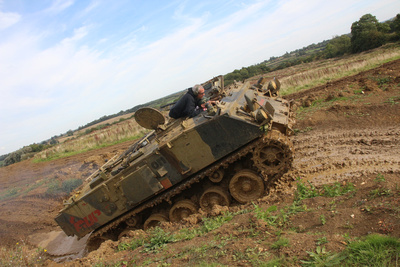 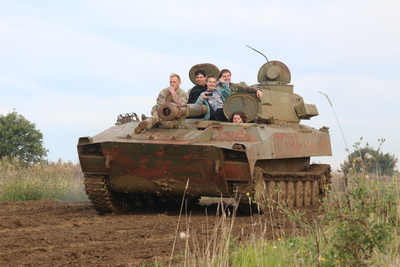 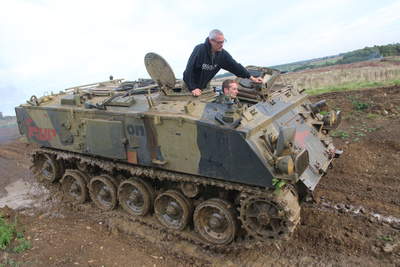 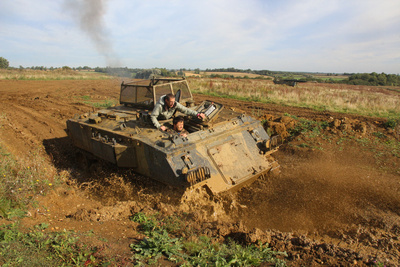 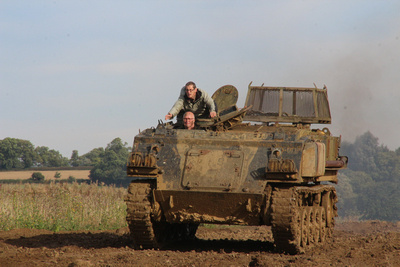